What Are the Distinguishing Marks of a Prophet?

You are here: Home1 / What Are the Distinguishing Marks of a Prophet? 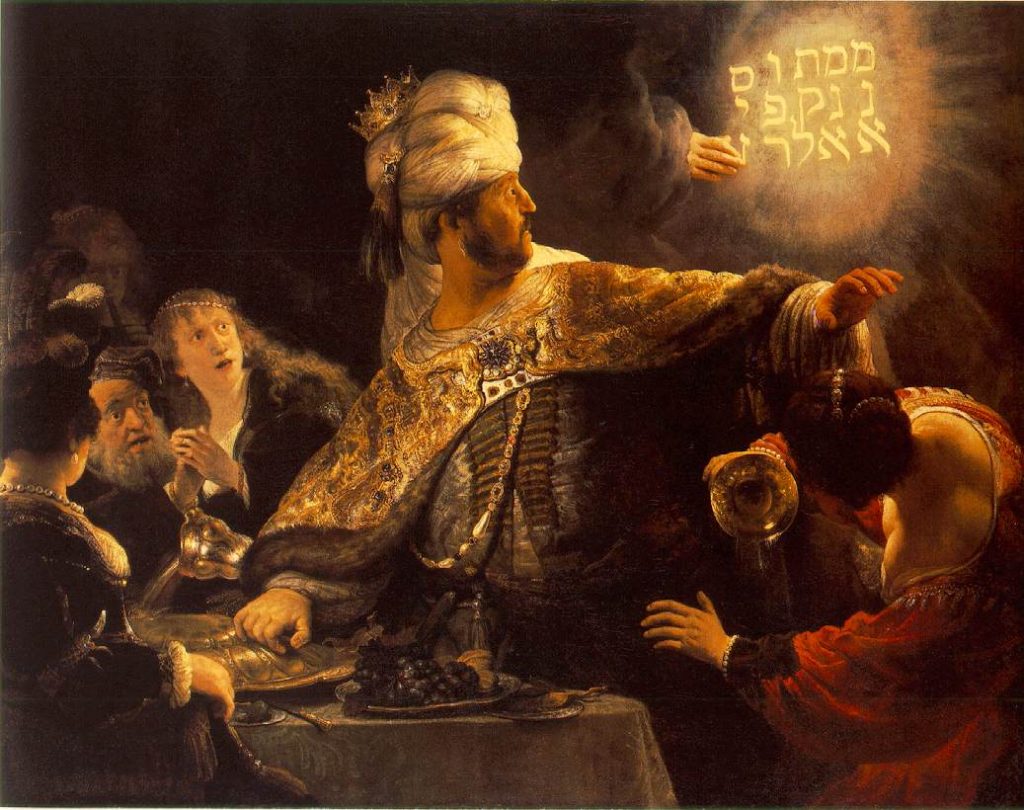 There is no more important question than this: what are the distinctive marks of a true prophet? Ignorance of these marks has led millions into the misery of eternity without God. This doesn’t have to be.

The truth is that most people in the world hold a false belief system. Consider the fact that there are seven main belief systems in the world; these systems contradict each other. Therefore, as a matter of logic, only one at most can be true.

These are the major belief systems in the world today:

Since only one of these at the most can be true, clearly most people hold false beliefs about the most important questions of life, the questions philosophers call “first order questions.” This is why the question of how to distinguish the true prophet is such a critical question.

In view of how many people hold false beliefs, it is clear that there are many false prophets in the world. Jesus warned of this, saying “many false prophets will appear and deceive many people” (Matthew 24:11 [Injil]). A great many have left this world with false hopes, only to enter eternity to be forever separated from God. But this does not have to be the case. God has given us the ability to read, to reason, to investigate, to understand and to find out the truth for ourselves. Furthermore, he has given us “everything we need for life and godliness.” Thankfully, he promises to reveal the truth to those who earnestly seek it. He has given us his revealed truth in the Bible so that we can know the truth, and discern what is false. The key question is then “what does God’s word say about distinguishing true prophets from false?”

Before we look at the distinctive marks of a prophet, let’s consider what a prophet is. A prophet is “someone who speaks for God.” (1) In the broad sense to prophesy means “to forth-tell,” and in the narrower sense it means to “foretell.”

Here then are some of the distinguishing marks of the true prophet, according to what the Bible teaches:

Perfectly foretelling the future is something only Almighty God can do. Doing so requires being all-knowing and and all-powerful. The God of the Bible alone proclaims this:

Who then is like me? Let him proclaim it.
Let him declare and lay out before me
what has happened since I established my ancient people,
and what is yet to come—
yes, let him foretell what will come (Isaiah 44:7 )

‘Again, the writer of Deuteronomy tells us anyone claiming to be a prophet but who is unable to foretell the future indicates he is merely a false prophet:
You may say to yourselves, “How can we know when a message has not been spoken by the LORD ?” If what a prophet proclaims in the name of the LORD does not take place or come true, that is a message the LORD has not spoken’ (Deuteronomy 18:21-22 ).

The Bible alone has hundreds of prophecies which have been fulfilled, with some 300 pertaining to the Messiah alone. God has sovereignly protected the veracity and credibility of this prophetic record. The Jewish people are the primary stewards of the ancient prophecies contained in the Hebrew Old Testament scriptures. Since they have not yet accepted Jesus Christ as their Messiah, there can be no question of their modifying their ancient texts to match the historical record of their fulfillment in the Greek New Testament. No other religious book has this kind of predictive prophecies; the Bible has them by the hundreds.

Authentic prophecy requires a divine source; that is, the source must be both all knowing (omniscient) and all powerful (omnipotent) in order to have perfect fulfillment. Therefore authentic prophecy is one of the unique hallmarks of the Bible’s divine authorship. You will find it nowhere else. Know that the sovereign creator-redeemer God of the Bible alone is God and there is no other; all others are deceivers and impostors. The living God of the Bible declares “If any is like me, how is it they cannot declare the future?” Likewise, if someone claims to be a prophet but cannot foretell the future as the prophets of the Bible routinely did, do not believe them!

2. True prophets call people to repent of their sins and are generally rejected by this world.

The Bible says that Satan is “the god of this age” (2 Corinthians 4:4); therefore true prophets are generally rejected and persecuted in a fallen world. Jesus condemned the Pharisees for their treatment of the prophets:

“Woe to you, because you build tombs for the prophets, and it was your forefathers who killed them… God in his wisdom said, ‘I will send them prophets and apostles, some of whom they will kill and others they will persecute.’ Therefore this generation will be held responsible for the blood of all the prophets that has been shed since the beginning of the world, from the blood of Abel to the blood of Zechariah, who was killed between the altar and the sanctuary. Yes, I tell you, this generation will be held responsible for it all” (Luke 11:47-55).

Because of their sharp moral content, the world generally rejects and hates true prophets. Those who are unwilling to repent prefer false prophets, who pander to their desires and tolerate corruption under a veil of hypocrisy. In contrast, false prophets are often welcomed with open arms and are well received by a fallen world.

The spiritually blind world is in rebellion against the only true God, the God of the Bible. It gladly accepts and in some cases worships false prophets while rejecting the Messiah. Jesus spoke plainly of this:

“I have come in my Father’s name, and you do not accept me; but if someone else comes in his own name, you will accept him” (John 5:43 ).

A fallen world loves darkness and hates the light because its deeds are evil. The whole world lies in corruption, and it does not want to hear about it.

3. True prophets speak only in the name of the God of the Bible.

A hallmark of false prophets is they speak in the name of a god other than the God of the Bible, Yahweh (2). They also call people to worship other gods:

“If a prophet, or one who foretells by dreams, appears among you and announces to you a miraculous sign or wonder, and if the sign or wonder of which he has spoken takes place, and he says, “Let us follow other gods” (gods you have not known) “and let us worship them,” you must not listen to the words of that prophet or dreamer” (Deuteronomy 13:1-3 ).

God’s word is eternal and never changes. Jesus said “Heaven and earth will pass away, but my words will never pass away” (Matthew 24:35 [Injil]). The Apostle Peter tells us that prophecy is always shared, public truth, never a matter of what any single individual says, especially when it contradicts what God has already said:

“Above all, you must understand that no prophecy of Scripture came about by the prophet’s own interpretation” (2 Peter 1:20[in the Injil]). This means that God’s revelation is never comes from a single individual’s message or interpretation, especially if it radically at odds with all that God has already revealed. The Bible was revealed over some 1400 years to some 40 different authors, who recorded the words of a great many prophets. Nevertheless the 66 books of the canonical scriptures form an organic whole that fits together perfectly in a complementary way, another indicator of its divine authorship and authority. Properly understood, it is completely without contradictions even though some of the content may be difficult or mysterious. And obviously, God does not contradict himself. “God is not a man that he should lie” (Numbers 23:19 ).
Therefore no authentic prophet ever contradicts what God has already revealed.

The Bible is a covenantal document. In the ancient world, a covenant was a sacred agreement typically between a Great King and a lesser king and his people, and the Bible is comprised of the Old Covenant with Israel and the New Covenant with his chosen people from every nation. The Old Covenant was a temporary, preparatory covenant for one chosen nation, Israel; it led to the New Covenant, the eternal covenant for the chosen people of all nations. Covenants were sacred agreements and were concluded with covenant curses, which spelled out the dire consequences of breaking them.

6. All true prophets proclaim and never deny the Good News of Jesus Christ.

The immediate purpose of the prophets was to call people to repent and return to God under the Old Covenant. However their ultimate purpose was to foretell and proclaim the Good News of the Kingdom of God under the coming New Covenant. For this reason the Apostle John tells us true prophets always speak the truth about the person and work of Jesus Christ:

“Dear friends, do not believe every spirit, but test the spirits to see whether they are from God, because many false prophets have gone out into the world. This is how you can recognize the Spirit of God: Every spirit that acknowledges that Jesus Christ has come in the flesh is from God, but every spirit that does not acknowledge Jesus is not from God.  This is the spirit of the antichrist, which you have heard is coming and even now is already in the world” (1 John 4:1-3).

7. Once Jesus Christ came into the world and accomplished our salvation, the traditional prophetic office ended.

The ultimate end of the prophetic office was to foretell the coming of the Messiah of Israel and Savior of the world. Once Jesus Christ had come into the world, died for our sins, risen again and ascended back into heaven, the need for traditional prophets ceased to be. Once the writers of the New Covenant had completed their task of recording and explaining Christ’s life, death, resurrection and teaching, the authoritative canon of scripture was forever closed. This is why the Bible ends with its covenant curse:

1. The Hebrew word נְבִיא (navi) means spokesman and it is derived from an the Accakdian nabu, “to speak” and is related to the Arabic word “nabee” نبي.

2. The God of the Hebrew Bible is יַהְוֶה, Yahweh

About the author
The author studied theology and world religions at Gordon-Conwell Seminary and Harvard University.

The way you store up treasure in heaven is by investing in getting people there.