You are here: Home1 / True Islam 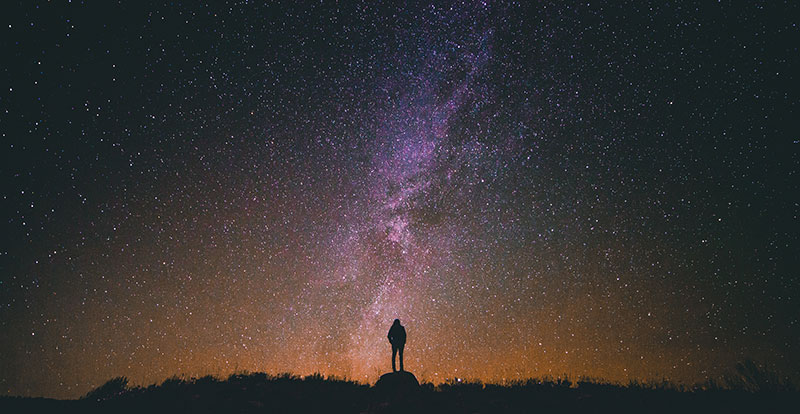 There is no God but God, and Isa is His Messiah.

There is a difference between islam and the Islam. By “islam,” I mean the joyful surrender of the heart, mind and will to the one true living God. It is the happy surrender of a child to his loving father. On the other hand, Islam is the major world religion. Before we go any further, allow me to say that this site is not about the world religion. Rather it is about islam in the ordinary meaning of the word, that is submission to God in a right relationship with him. For those who are interested in sites about Islam, the world religion, there are a great many other sites which deal with that topic.

Some will say, isn’t the Islam, the world religion and submitting to God the same thing? Not necessarily. Actually, as we will see, practicing the world religion and enjoying a vital love relationship with the living God may well be two entirely different things, according the the holy Taurat, Zabur and Injils. Our own imperfect attempt at submission to God is one thing. But there an entirely different way, a gracious gift of blessed communion with God —an islam which comes from God alone. That’s what this site is all about.

It is clear that one can enjoy a blessed communion with the living God and submit to him without being an adherent of the religious tradition which started in Arabia some 2500 years after God called Abraham out of idolatry and into a right relationship with Himself. That is, one can have islam without the world religion Islam. All those great men of the holy Taurat and the Injil such as Noah, Abraham, Isaac, Jacob, Moses, David and Jesus of Nazareth knew God and were rightly submitted to him. None knew of the religious tradition of Islam of course, as it didn’t appear until many centuries later. They and many of their brothers enjoyed the blessing of a wonderful relationship with the one true and living God. They enjoyed a relationship of love and happy surrender to God which many practitioners of mere religion lack. It is equally clear that one can have Islam, the world religion without islam, friendship with God.

Are there not some who commit murder of innocents and who are also adherents of the world religion? But who would say that those who murder innocent men, women and children, including their fellow Muslims, could have any submitted relationship to the holy God? The Author of life has always expressly forbidden murder and commanded us to love even our enemies (Exodus [the second Book of Moses in the Taurat] 20:7,13). Since God is love, let the reader judge for himself or herself whether those who live in hate can be in submission to Him. And since we know God is merciful and compassionate, let the reader judge whether those who exhibit the opposite traits are really in submission to Him. Please do not misunderstand. This is not to single out the religious tradition of Mohammed unfairly.

To be sure there are adherents of all religions, including Judaism and Christianity, who practice some of their outward forms without enjoying true islam. One can outwardly practice even a God-given religion but still be in rebellion against God in one’s heart. As the prophet Isaiah said of unfaithful Israel:

Men make much of outward shows of religiosity, “good works,” and pride but the one true and living God detests these things and rather looks at the heart for humility and for those who hunger and thirst for righteousness. And so I want to speak to you about knowing this living God, the creator, sustainer and end of all things, and about the joy of truly surrendering to him in your heart, not about mere religion, outward forms or about the traditions of men. Let us speak of knowing God, not mere religion.

I want to speak to you of true islam. If you already know him and enjoy the freedom and joy of submitting to his loving leadership, if you already have the certainty you will spend eternity in heaven, you need read no further. But if you want this true islam, there is great good news for you, to which the prophets of God have testified throughout the ages. God himself has provided the way, and it is recorded in the holy Taurat, Zabur and Injil.

1. God’s Will God wants us to enjoy all the blessings of true islam.

It is self-evident that God wants us to enjoy a right relationship with himself. When we do not know him or rebel against him, it grieves him. God created man in his very image and likeness (Genesis [the first book of Moses in the Taurat] 1:26) He made us so that we might enjoy the privilege of fellowship with himself: Know that the Lord is God. It is he who made us, and we are his; we are his people, the sheep of his pasture (Psalms [the Zabur of the Prophet David] 100:3). Unfortunately, there is a deep spiritual problem in the human heart which keeps us from enjoying a right relationship with God. This universal problem makes true islam impossible except through God’s merciful provision for overcoming it by Isa, the Messiah. This problem is so deep, pervasive and offensive to the holy God that without resolving it, merely practicing any religious tradition is not sufficient to make our lives pleasing to our Creator.

After God created man, he subjected him to a test of fidelity and obedience —a test of islam. He warned Adam and Eve not to eat of the fruit of the tree of the knowledge of good and evil, or they would die. Satan came and tempted them, saying they would become as God if they ate, and wouldn’t die. Tragically they believed Satan rather than God, and our first parents fell from created perfection into corruption (Genesis [the first book of Moses in the Taurat] 3). And they, as our first parents, polluted the whole human race. The first human being born, Cain, was a murderer (Genesis [the first book of Moses in the Taurat] 4:1-8). By the sixth chapter of Genesis, God was ready to destroy the whole human race. “The Lord saw how great man’s wickedness on the earth had become, and that every inclination of the thoughts of his heart was only evil all the time” (Genesis [the first book of Moses in the Taurat] 6:5). It is because of the fall of man and its effects that the Zabur of David says: There is no one righteous, not even one; there is no one who understands, no one who seeks God. All have turned away, they have together become worthless; there is no one who does good, not even one (Psalms 14:1-3, 53:1-3). This is why simply trying to submit to God without having our sin effectively dealt with is futile. But God has dealt with man according to his grace, and not according to our sin. And in due time, he provided the ultimate solution to the problem of sin and the deeply ingrained rebellion against God common to all men: a Savior. While there were hundreds of prophets, there is only one Messiah or Savior, to which the prophets bear witness.

Isa al-Maseeh (Jesus Christ) came into the world to die for our sins. Because God, in his perfect holiness and righteousness, hates evil, he decreed the death penalty for sin (Genesis [the first book of Moses in the Taurat] 2:17, Romans [the Injil] 6:23). But because he is also most loving, compassionate and gracious, he himself provided Isa al-Maseeh to pay that penalty for us. In this way, he provided forgiveness for sinful men and women without compromising the requirements of justice. The blood sacrifice of lambs, common to all Middle Eastern cultures, serves as a kind of prototype which points to this Lamb of God, who takes away the sin of the world. As the scripture says in the Injil, “without the shedding of blood, there is no forgiveness of sin” (Hebrews [in the Injil] 9:22). The forgiveness of God is a gift, which comes only through faith in Isa (John [in the Injil] 14:6, Acts [in the Injil] 4:12).

No gift is possessed until it is received. This gift is received through simple faith. The Bible says our father Abraham “believed the Lord and it was credited to him as righteousness” (Genesis [the first book of Moses] 15:6). This means he was saved by faith in God not by faith in his own efforts. Receive this gift of forgiveness now by placing your trust in Isa al-Maseeh alone for your salvation. He promises not only to forgive our sins, but also to free us from our old sinful nature. And he gives us a new nature. The new nature naturally submits to God just as the old nature naturally rebels against him. As Jesus said, “A corrupt tree bears corrupt fruit, and a good tree bears good fruit” ( Matthew [Injil] 7:17). Unless we receive God’s salvation from sin through Isa al-Maseeh, even our religious acts will be corrupt in the sight of a holy God. The choice is ours: either the authentic islam which comes only from God, or that poor substitute which comes from our own imperfect efforts.

We know we cannot submit to God by our own effort since we have a fallen nature which is inherently rebellious against Him. This way can only result in self-deception and ultimately bitter, eternal disappointment. But all praise be to God, most merciful and compassionate (bismullahal rahmani al rahim), we can accept his gracious gift of a right relationship with true, joyful and loving submission through Isa al-Maseeh, King of Kings and Lord of Lords.